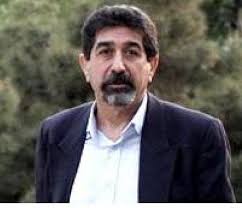 By Yousef Azizi
What i mean by Ahwazi Arab people is those who live in khuzestan province and i use Al-Ahwaz region instead of Khuzestan. The common language of Arab Ahwazi people is Arabic and the accent of Arab Ahwazi people is Metcoptamia and it is different from Arabs of Gulf. The anthropogeography of Ahwazi Arab people starts from Shooshtar and Dezful in the north and ends to Abadan and Ghasbe Seaport in the south and also spreads from the village of Soweireh in the east and ends to Fakeh and Moosian in the west. It can be said that some of them live in the contigous provinces such as ILAM and Booshehr. The population of Ahwazi Arab people is about six percent of the whole population of Iran and the population of the whole Arabs of Iran is about eight percent of the total population of Iran and these two percent include those Arab people who live in the south of Fars and Khorasan province. According to Britanica Encyclopedia Ahwazi Arab people are the majority of inhabitants of Al- Ahwaz region or Khuzestan province. Ahwazi Arab people organize 70% of the population of Al-Ahwaz region. Arab Ahwazi people are Muslim and Shiit is their sect. Now i am going to talk a little bit about national atrocity and racial discrimination: The most important elements of national atrocity are: Economical,political,cultural,religious ans racial discrimination and this is the base of national inequality and disparity in Iran. Contemporary persian discoure includes: Pondering and thought,policy, philosophy, art, literature and culture which its focus is given to contention with Arab Ahwazi people. I am going to point out some aspects of this persian discourse: Sadegh Hedayat who is the most prominent persian novelist in one of his novels by the name of Parvin, Sassan’s daughter {page 12}, illistrates Arab as follows: Ugly Arabs who were wanderers in a desert and have a voracious apetite in eating crocodiles and who were our slaves and were paying us toll.
Iranian government’s policy is based on erradicating and eliminating
the cultural and ethnic identity of Arab Ahwazi people. Alahwaz region every year serves as a witness of massive demonstrations in co-memorating the uprising anniversary of April 15 2005 and in these peaceful and amicable demonstrations Ahwazi Arab people by chanting the slogans of redemption from persian occupation in Al Ahwaz region, want to have their citizenship rights. Planned cultural and political activity among Arab Ahwazi people is the most important technique for protecting and preserving their cultural and national identity. The observance of congregations,ceminars, reciting poetry and other popular occasions could be incredibly impressive in enhacement of people’s cultural status in all cities and areas of Al Ahwaz region. It is absolutely essential to mention that the planned and intended ethnic erradication and elimination of cultural, ethnic and lingual identity which had been followed by iranian government before the uprising of April 15 2005 and during the two previous regiemes is going to be more intensive and aggravated. But despite all ruled inhumane treatment and conditions on Arabic areas, We as Ahwazi Arab people take an advantage of an opportunity to express our disatisfaction and making struggle for changing the present circumstances. The policy of changing of demography in Arabic areas had begun immediately after fall of Sheikh Khazal. This task was done through banishment and compulsory migration of Arabs after confiscation of their farmlands and settlement of non-indigenous in newly-established small town of the area. After the Islamic revolution in 1979 we were hopeful to be surprised by positive changes in Arab-settled areas but not only our dream did not come true but also we now see ever-increasing statistics of poverty, unemployment, illitracy among Arab Ahwazi people. Considering the migration of people from another provinces to Al- Ahwaz region the truth of racial eradication policy and changing of demography is revealed. The government of Iran moves forward the policy of repression and cracking down of Ahwazi Arab people by detention, torture, concealed and without trial execution. Ahwazi Arab people are faced with national atrocity, compulsory migration, racial discrimination and extinction of cultural and lingual identity. Ahwazi Arab people are deprived from managing the affairs of their own areas and are reckoned as the second-class citizens. Ahwazi Arab people are also deprived from learning and acquiring of knowlege in their mother tongue. Ahwazi Arab people suffer from confiscation of their lands, suffer from aggravated poverty, suffer from the lack of access to appropriate housing, suffer from the lack of higene and remedy and other essential requisites and also suffer from the lack of any economical progress in Al- Ahwazregion. The point must be understood that, the majority of inhabitants of Al-Ahwaz region are Arab Ahwazi people, but managing directors and those who are in charge of managing governmental offices are non-indigeneous are are determined by the rulership and authority of Tehran.
25/01/2017