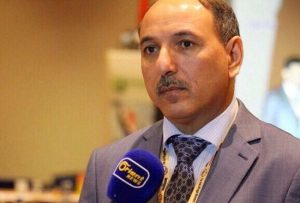 The respected Prime Minister of the Kingdom of the Netherlands,

You may be aware that on Wednesday, 8th November 2017, Ahmad Mola Neissi, a very prominent Ahwazi Arab political activist was assassinated in the City of Hague.

We are aware that your country is a peaceful nation known as the ‘Land of Flowers’,a home of prominent philosophers and artists such as Baruch Spinoza,Rambrondt and Vincent van Gogh.

Your country hosts the International Court of Justice and where many politicians, philosophers and artists have taken refuge throughout the course of modern history. In light of this heritage, the recent assassination represents a blight on our society and sad indictment on our humanity.

We, the undersigned, strongly suspect that the Islamic Republic of Iran was involved in the assassination of Ahmad Mola Neissi. Our suspicion towards the Iranian regime or its agents stem from the fact that since the Islamic Revolution in Iran, we know that the Iranian regime has been involved in the assassination of hundreds of Iranian dissidents in European countries. In this regard, we are aware that the Iranian Security Services and their Mafia are active in the Kingdom of Netherlands, as well as globally.

We urge your esteemed government to undertake an urgent and thorough investigation into the murder of Ahmad Mola Neissi with a view to finding the perpetrators and initiating prosecutions in accordance with the law as soon as possible. Furthermore, we request that the criminal and judicial process is conducted with due transparency so that the perpetrators are identified and named in order to serve justice and protect the lives of other Ahwazi Arab political refugees residing in the Netherlands and other EU countries.

We hope that any political and economic interests that your government has with Iran does not impact, influence or taint the criminal investigation into the assassination of Ahmad Mola Neissi and does not impede the implementation of justice.

We also hope that soon we will receive positive news that the perpetrators of Ahmad Mola Neisi’s assassination have been caught, identified and named in the spirit of transparency and prosecuted in accordance with the law.

Anouar Ouled Ali – Lawyer at the Court of Cassation, Tunisia