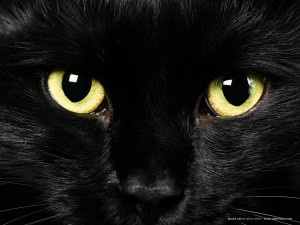 I brought Rimi with me to eat the mice and she exterminated them to the very last one, ac

complishing her mission to perfection. There was no comfort for us before Rimi came on board. Before that the ship was ruled by the mice who roamed about the ship freely and cheerfully, like kings.

In Abadan the Captain had asked me for a cat with a great appetite for mice so I brought him one of my most pampered cats and let her roam the ship. In our house I had loved Rimi from the bottom of my heart like my own child. She quickly became my only close friend on the ship. If I brought her on board, it was only to respect the Captain’s wish; had the ship manager requested it I would have refused at once because I wished him to be afflicted by the plague, followed by a shameful death.

You might ask me why I loathe the ship’s manager. If you were to see my hands and my face you would know the truth.

This accident happened, too, in Abadan, while the ship was anchored in front of the oil refinery. As I and other seamen were preparing to mend the ship’s boiler, suddenly, hot, thick gas steamed out of the boiler, filling the room. Had the bloody steaming continued for a mere few  seconds more, we would all have suffocated. However, the steam had not randomly leaked out of the boiler, so someone must have opened the boiler’s faucet. Certainly, none of the seamen would have risked his life in such a way. I am certain that it was the ship’s manager, himself, who ordered this criminal business. This is not a mere accusation for everyone on the ship knows about his hidden motivations for such reckless and dangerous actions.

So, here we were, punished for persisting in mending the boiler in Abadan. Of course, the manager did not take responsibility, alleging that the incident occurred thanks to the negligence of the repair crew.

What a disastrous incident! Our faces and arms were horribly burnt before we reached the golden beaches of Alexandria. We tried not to remain long on the deck of the ship. The nature of a seaman’s work, however, demands otherwise. One has to work everywhere; inside the ship or on the deck; under the blistering sun or in the shade. Every day we have to endure the injustice of the sun and its rays which penetrate our skin like daggers, deepening our wounds and exacerbating our burns.

Wherever you looked, as far as the eye could see, was the sea water which changed colour hour by hour. At dawn, a green sheet spread in every direction; in the morning, it was azure, in the afternoon a silver and, just before sundown, a golden hue. At night, of course, it was a deep black.

Water was all one could see as far as the horizon. It was only water, not a mirage. Ironically, standing on the shore one one looked at the sea as something great, beautiful and dear to the heart but on the ship, floating on these remote waters, far away from land by a day or two, or as much as a month or two, you, yourself, become like water, tasteless and colourless water.

We have been floating on these waters for forty days. At times, all the crew feel a sort of ecstasy. There is no more sense in talking, and no one cares to chatter anymore; we have all lost interest. The radio cannot transform our mood, either, neither the warm, vivacious voice of Umm Kulthum, nor Hemingway’s The Old Man and the Sea. The lucky Captain is the only one who is allowed to bring his wife on board, spending his time in pleasure and play with her.

The manager was always drunk, as were the crew. Rimi, on the other hand, seemed oddly exhausted and frustrated; she, who had moved around freely, pacing along and across the ship, ascending to and descending from different floors of the ship, hunting the mice whenever she wished. She was now lingering on the deck, gazing into the sea water.

I believed I had to isolate her from the outside world and hide her, again. About two weeks ago, Rimi had sunk into a similar state, behaving as if she were rabid. Hissing and walking in circles, she had behaved as though seasick,  not unlike someone who had lost something. Like a lion, she had opened her claws whenever someone approached her.

I held her tightly so that I could blindfold her with a piece of cloth; I did not want her to see anything. Despite her fighting a good fight with all her strength and scratching my face and hands, I was able, finally, and with much difficulty, to put the blindfolds on. I had to hide her in a place away from the view and the smell of the sea. Five days later, I removed the blindfolds. Rimi started hunting again, and she seemed much calmer.

After all these events, here she is, quieter than ever, sitting by herself, interested in nothing. As time drags on on the sea, Rimi becomes quieter, while the crew fill this excruciating period of their lives playing small games.

And now, on this dull evening, I can see Rimi from where I sit, her mood as it was a few weeks ago. She is running on the deck of the ship, revealing her tongue from time to time, mewing constantly. Then she sits on the edge of the deck gazing into the sea. I imagine that she is studying the sea, or wants to attack it, or maybe she is following a fish.

Her gaze, however, is not directed at fish; she appears to have acquired the same state of ecstasy as the rest of the crew. She has been gazing in the waters for two hours now, as if there were a magnetic attraction between Rimi’s fiery orange eyes and the crisp, golden, sea waters. I cannot blindfold her beautiful eyes anymore; why, because I cannot bear to watch her blindfolded, unable to see me.

Hemingway’s “old man” struggled with the great fish, but we are stranded on this ship, struggling with our plagued souls; plagued with a dreadful stillness; the stillness of the sea, and the humans who are burdened with loneliness and introversion. The other in this struggle is not the vast quiet of the sea; it is our own being. Nonetheless, we might be in for an utter disappointment. “The old man” spent mere days on his boat. He did not squander his life, like us, for forty days cut from the rest of the world, in a ship not unlike a ghost town.

In contrast, the Captain feels the comfort of home in his room. With the shower, the kitchen and other amenities, he lives with his wife agreeably. Yet, even they stopped talking to each other a while ago.

I am only an observer. In fact, we have all been reduced to observers; even the cat stares at the infinite sea, perhaps thinking of her mate without seeing him, seeing nothing but the dark in her mind’s eye.

Seconds later I hear the sound of an object falling into the water. Looking about me, I cannot see the cat. I look in every direction, but she is nowhere to be seen. I think that the sea has finally done its thing and seduced her to its depths.

I look at the sea where Rimi is being thrown from one wave to another. She does not move or make a sound. She makes no effort to save herself. Here I am, watching her sink little by little into the depths, a fresh, fat prey for a hungry shark or whale.