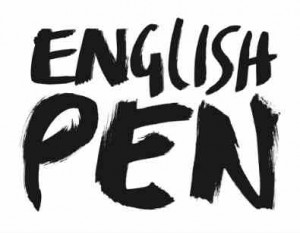 Yousef Azizi Benitorof Posted January 31st, 2011 by English PEN staff & filed under Campaigns. Writer, journalist and human rights activist Yousef Azizi was sentenced on 2 July 2008 to five years in prison for ‘acting
against national security’, ‘propaganda against the regime’, ‘incitement to rebellion’ and ‘relations with foreign officials’, after a two-year trial. He is believed to be charged for his reporting on the allegedly excessive use of force by security forces against demonstrators from the Arab community in the southwestern region of Khuzestan (known locally as Al-Ahwaz).
Yousef Azizi is a member of the Arab ethnic minority,
and is known for his writing in support of the rights of Arabs of
Khuzestan. He is a founding member of the Iranian Writers Association
and has published several books in both Arabic and Farsi.
Yousef Azizi was first arrested on 25 April 2005, and
held in solitary confinement until his release on bail on 28 June 2005.
Whilst on bail he and his family were subject to constant harassment
and surveillance. The sentence was upheld by an appeals court in
November 2008, and on 3 November 2008 Azizi left Iran to escape arrest.
He remains abroad. English PEN would consider Yousef Azizi to be in
great danger if he were to be repatriated, and continues to fear for the
safety of his family who remain in Iran.
Yousef Azizi has been an Honorary Member of English PEN since May 2009.

I had heard of the International PEN,
before I became a member of the Iranian Writers’ Association in 1978,
since it supported Iranian writers who were thrown in Shah’s jails for
defending unconditional freedom of speech. Naturally, I became more
acquainted with this organization after the Iranian revolution in 1979
since the members of our association became easy targets to oppression
and persecution as the pressure increased during the thirty years of the
new rulers reign.
Being one of their victims, I am a good
example of this. I was imprisoned, and along with my children, denied
basic human rights in a country which ought to have been our home. When I
was released from the solitary confinement near the end of June 2005, I
was told, by some colleagues of mine, that the International PEN had
declared its solidarity with my cause in a statement issued after their
meeting in Portugal that year.
This solidarity had a positive
effect on my morale. It strengthened me as I faced repeatedly the
Iranian Intelligence Service’s summons and finally the Revolutionary
court which went on for more than three years. At last, in July 2008, I
was sentenced to five years in prison for no other guilt than
criticizing the violence exercised by Iranian security forces against
peaceful demonstrations in April 2005 in the Arab minority region of
Al-Ahwaz, southwest of Iran.

Since then, I have felt that
there are strong ties connecting me, an Iranian Arab writer prosecuted
in his home, and the International PEN. A connection that was only made
richer after I personally met some of the characters in this
organization, especially the English PEN. I would also like to use this
occasion to recall with great appreciation what the English playwright
Harold Pinter did in defending prosecuted and imprisoned Iranian
writers.

Iranian writers and journalists have been suffering
from extreme censorship of newspapers, media, and books, while what the
non-Persian ethnicities – such as Arabs, Kurds, Azeris, Baluch, and
Turkaman – have been made to endure such violation of their basic rights
as prohibition of education in the language of their ancestors, which
is in contradiction with all international laws and the Iranian
constitution.

While non-Persian ethnicities comprise about
55% of Iran’s population, they – all combined – own less than 2% of the
media, publishing companies, and bookshops. The national budget, 90% of
which is secured from the petroleum extracted from Al-Ahwaz region, is
spent on developing and spreading the Persian language in Iran, along
with Afghanistan and Tajikistan.

In this regard, a reform
must take place to ensure the equality in linguistic and cultural
representation of the Iranian ethnicities.